0
Written by: Moa Aarenstrup
The average UK rent reached £906 per month in January, increasing by 1.2% compared to the same time last year, according to figures from Countrywide. Average rents have increased by 12% compared to peak levels seen before the recession. The biggest difference can be seen in London, where rents have grown by 34% to 1,295 per month compared to 2007.
Across the UK, one in five tenants is paying less rent than they did before the recession, down from one in four last year. The North West, North East and Wales are the only regions where the average tenant is paying less than they did nine years ago, though they are expected to surpass 2007 levels halfway through this year.
London and the South east has seen the first slowdown in rental growth since 2010, where rents have been growing for the past six years, according to Johnny Morris, research director at Countrywide.

Rents have been growing steadily in line with incomes at 12% since 2007. In London, incomes have grown by 10% while rents have increased by 34% due to a lack of supply and high demand. 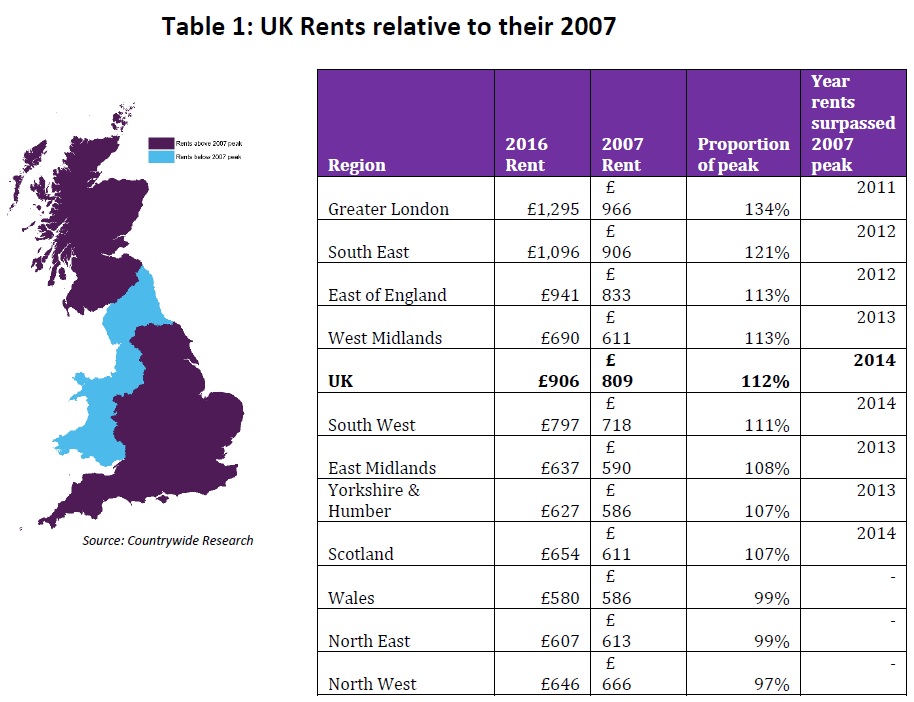 Morris said rents in January rose at the slowest rate since 2012 on a national level. This is due to less upward pressure on house prices, and affordability limiting further increases.

“The most sustainable way of creating a more affordable rental market in London and the South is by building more homes of every tenure,” Morris said.

Unlike the US market, where institutional investors build homes to rent, the UK sector is dominated by small landlords. Morris said this means the link between new homes getting built and the rental market is not nearly as close as it should be.